Share
You're going to be changing your baby a lot, perhaps 6-8 times a day in those early stages.

You're going to be changing your baby a lot, perhaps 6-8 times a day in those early stages. Make it comfortable, keep everything close at hand, and you know, do it fast. Find out everything you need to know about nappy changes and the essentials you need here.

How to change a baby's nappy?

First things first, let’s take it back to basics with understanding how to actually change a dirty nappy. Start by undoing their nappy and wiping off any poo from their skin with some nappy wipes. If their skin is irritated, just use some warm water and cotton wool to keep further irritation at a minimum. Remember to always wipe from the front to back for baby girls and around the testicles and penis for boys. Be sure to apply some nappy cream to help prevent the dreaded nappy rash, before putting a clean nappy on them. Ensure your baby’s nappy fits snugly around their waist and legs and avoid getting cream on the sticky sides of disposable nappies.

How often to change newborn nappy?

You’re going to be getting up close and personal with nappy changes a lot in the early days. Think at least 6-8 times a day and often even more than that. You should be sure to change your child’s nappy as soon as they’ve done a poo to help prevent nappy rash. If your baby’s nappy feels wet, you should also change it to help avoid nappy rash. It’s important to allow their skin to breathe between nappy changes for a few minutes as the constant wearing of nappies can also lead to nappy rash.

What is nappy rash?

You’ll know when your little one has nappy rash because their sensitive skin around the bottom and genitals will be sore and red. They’ll also likely be pretty irritable (wouldn’t we all?!) and the area might also be quite itchy. Nappy rash happens when their skin is in contact with moisture (from urine or poo) and rubs against their nappy creating friction. Whilst nappy rash normally clears up in a few days, the best thing to do is aim to prevent it from happening in the first place. Make sure you’re regularly changing your baby’s nappy, changing their nappy as soon as it becomes wet, allow them to have some time not wearing the nappy and use a cream to act as a barrier between their skin and the nappy too.

Everything you need for nappy changes

Here’s everything you need to have on hand for efficient, safe and quick nappy changes. When you’re changing a dirty nappy, you need to always keep a hand on your baby at the same time. To prevent feeling like you’re in an acrobatics class, make sure you’ve got everything within hand’s reach before you get to the changing part! 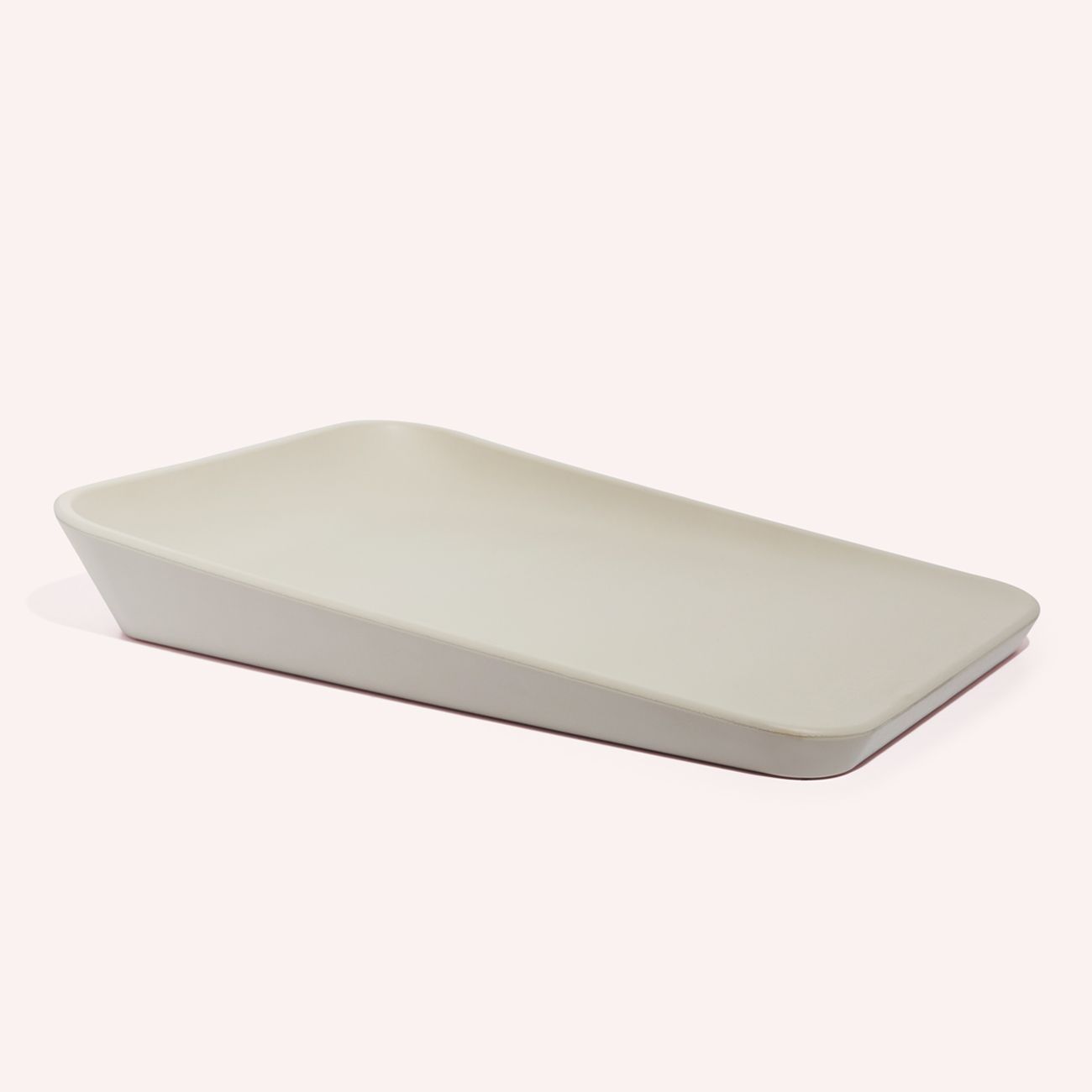 We know you already know this, but it goes without saying that you’ll need somewhere clean and safe to change your baby. You want something easy to clean (because when babies are involved, so is mess), and ideally something portable. The Leander Matty Change Mats are a bestseller for a reason. They’re lightweight and 100% waterproof, making cleaning time a breeze. 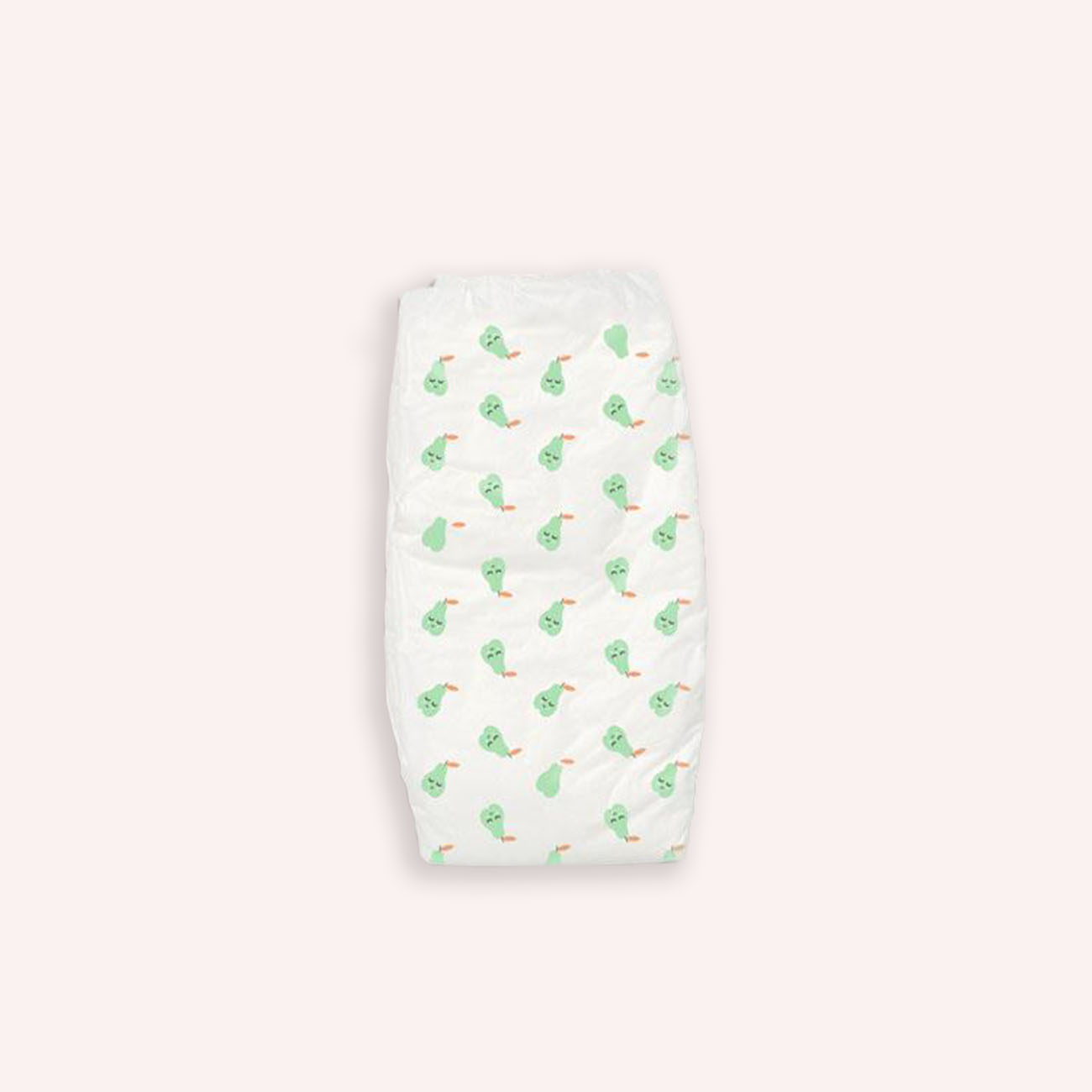 Whether you’re opting for disposable nappies or reusable ones, you need stock on hand. Consider you might go through 10 nappies a day, and before you know it you’re down to an empty box (don’t let this happen!) Our disposable nappies from Tooshies by Tom come in a 52 pack, which means they actually might not make it through an entire week depending on how often you’re changing. Grab two packs so you’re never left empty-handed! If you’re going for reusable nappies, we stock the Baby Beehinds Magicalls Cloth Nappies, as well as Cotton and Bamboo Nappy Squares from Nature Baby. We recommend stocking up on a few pairs of these too, so you’ve always got a few spares while you’re washing some. 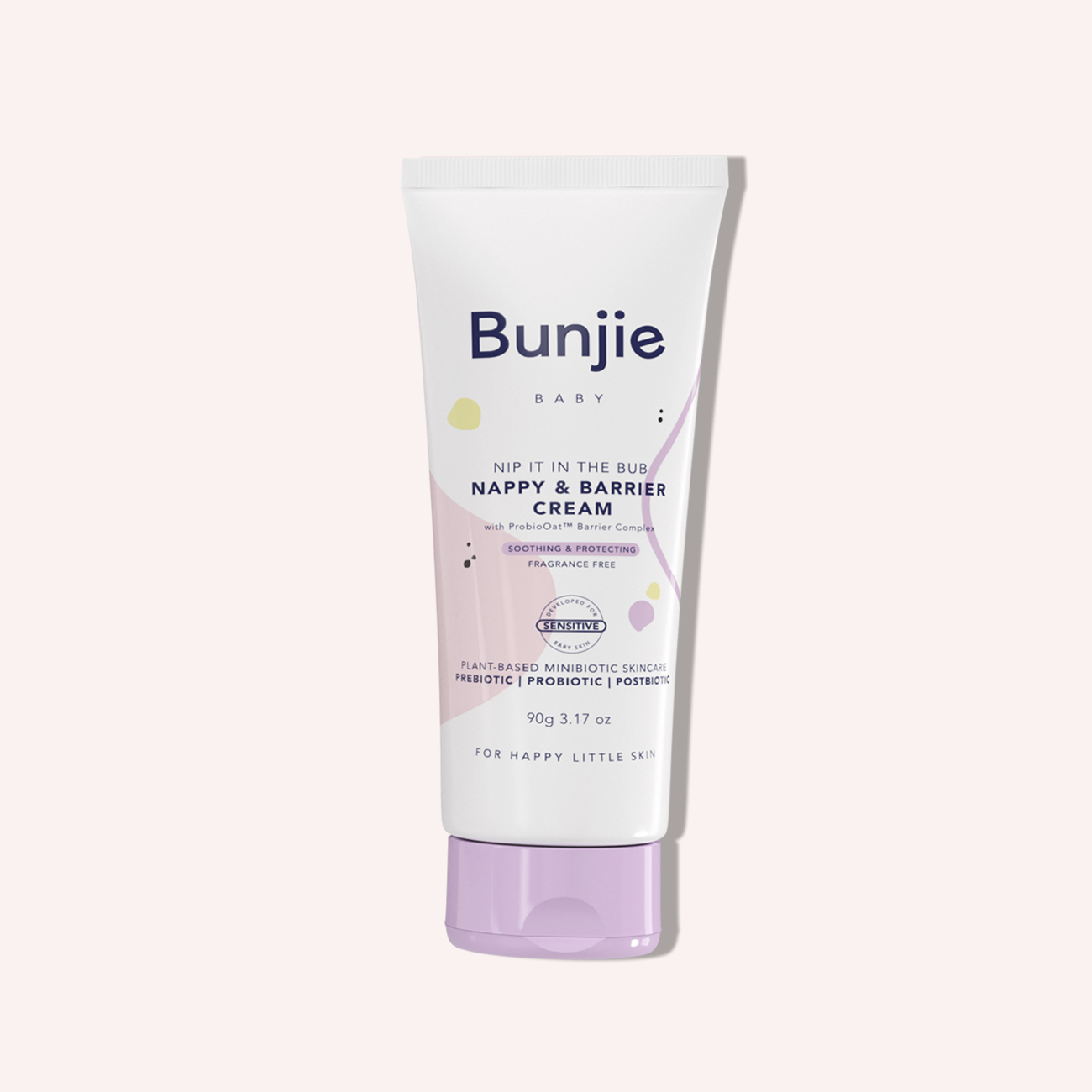 Nappy rash is a serious pain in the ass (quite literally), so prevent it from happening in the first place by applying a barrier cream to your baby’s sensitive skin. We love the Bunjie Skincare Nip it in the Bub cream. It’s plant-based skin care made with a super smart microbiome and barrier booster that supports naturally stronger, happier little skin from day one. It works to nourish and protect the most sensitive and itchy skin, so your baby (and therefore you) will love it! 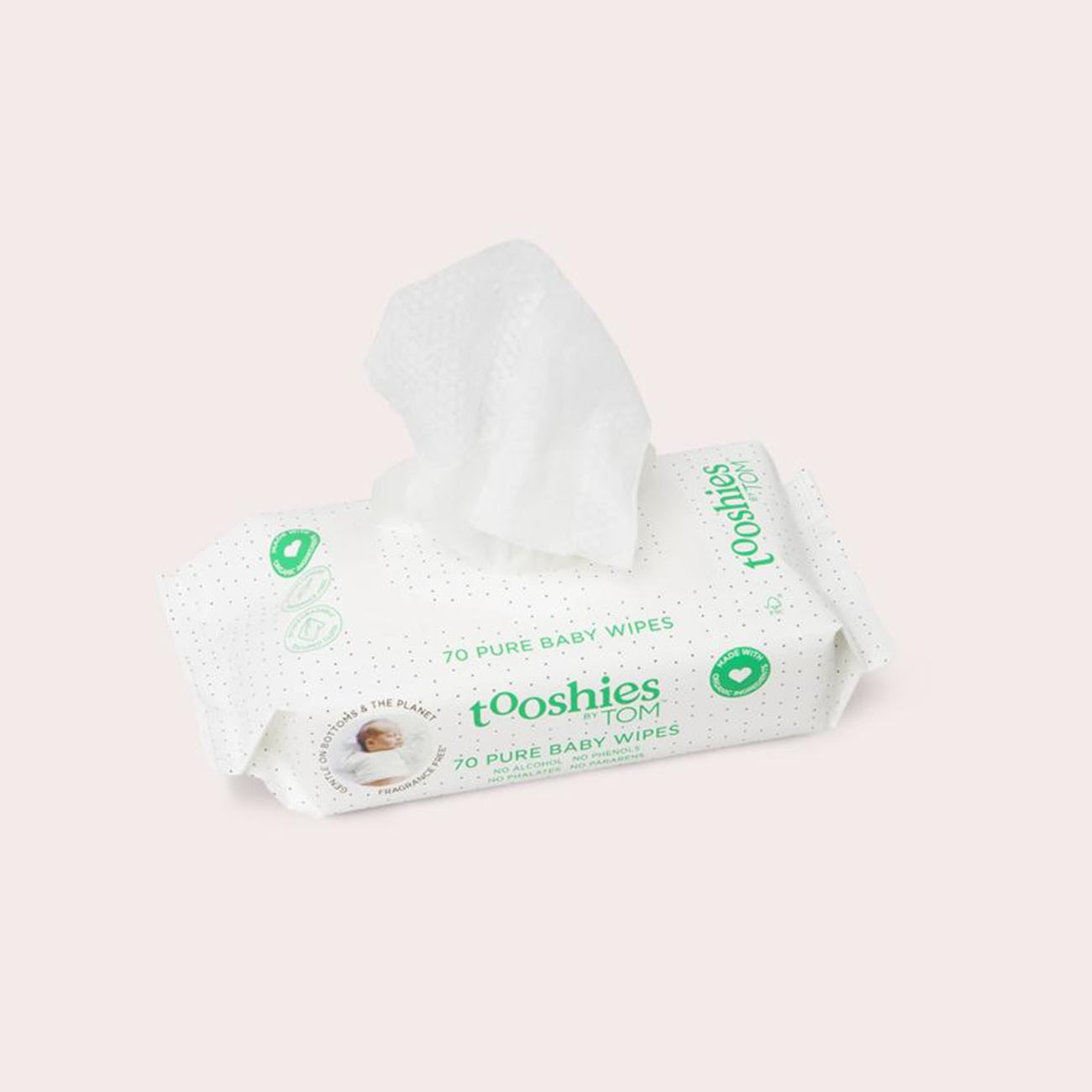 Same deal as stocking up on nappies- don’t forget your wipes! It’s surprising how much of these you can through when dealing with a dirty nappy. We love Tooshies by TOM wipes because they’re made with plant-based materials and are free from alcohol, parabens, phthalates and phenols. 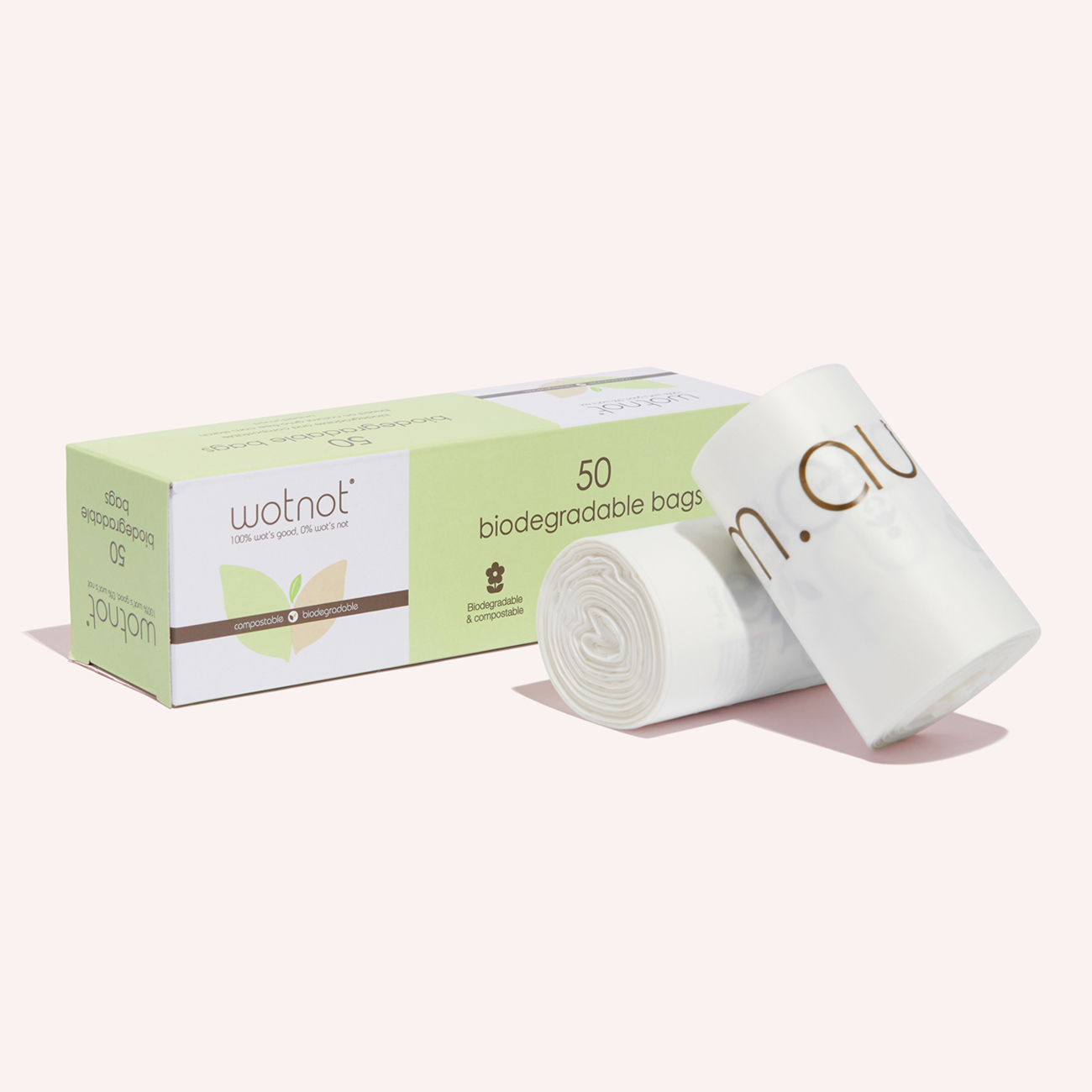 Remember how we mentioned you’re likely going to be changing nappies at least 6 times a day? Well that means even if you’re out and about with bub, an emergency nappy change might strike. Take it all in your stride with a biodegradable bags from WotNot. They’re 100% biodegradable and compostable and keep nappy changes environmentally friendly. 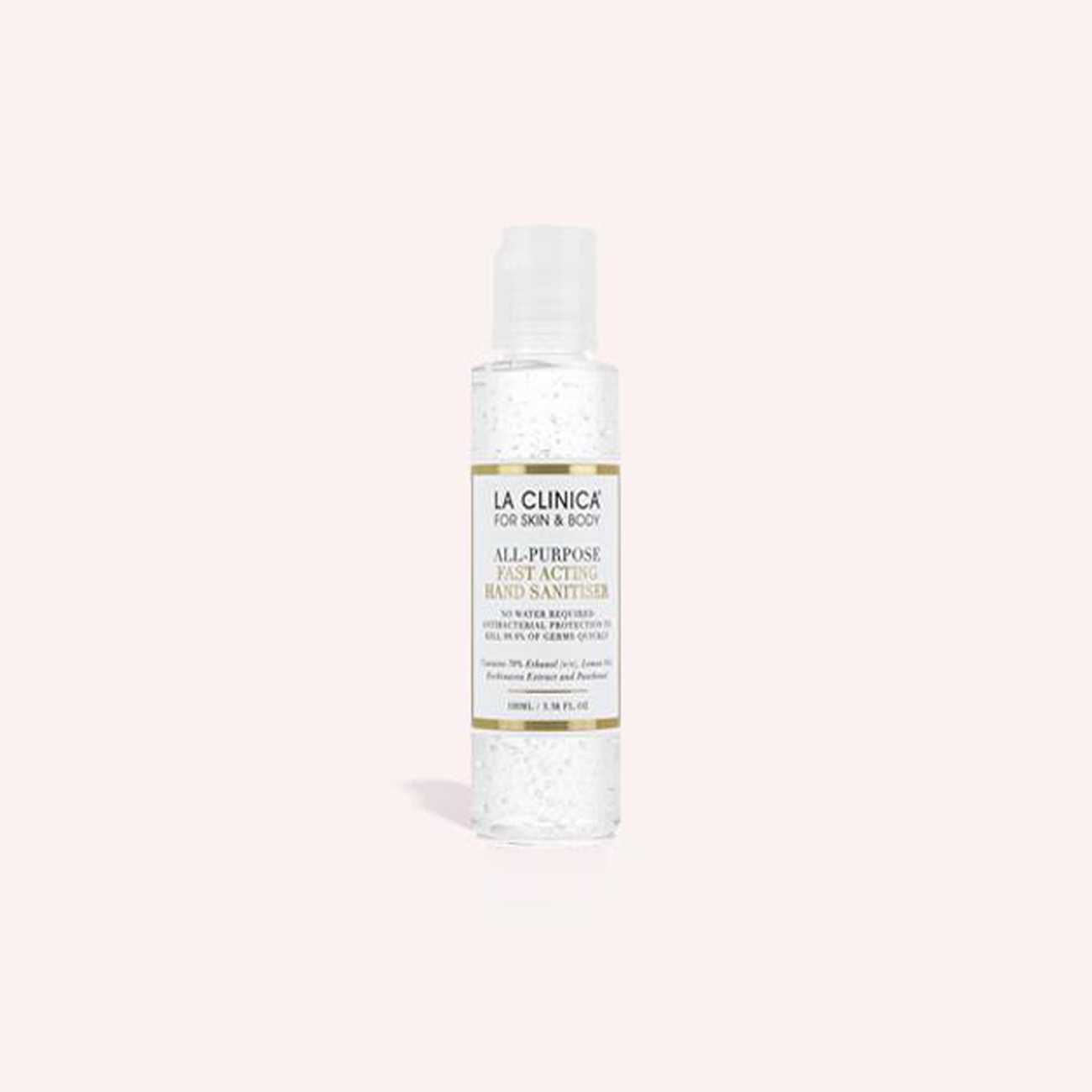 We know you know, but always wash and sanitise your hands thoroughly straight after a nappy change to avoid infection. The La Clinica Hand Sanitiser is a great option to keep in your nappy station (and grab one for your nappy clutch). The best part (besides killing germs) is that it won’t dry your hands out either, but leave them nourished and hydrated. 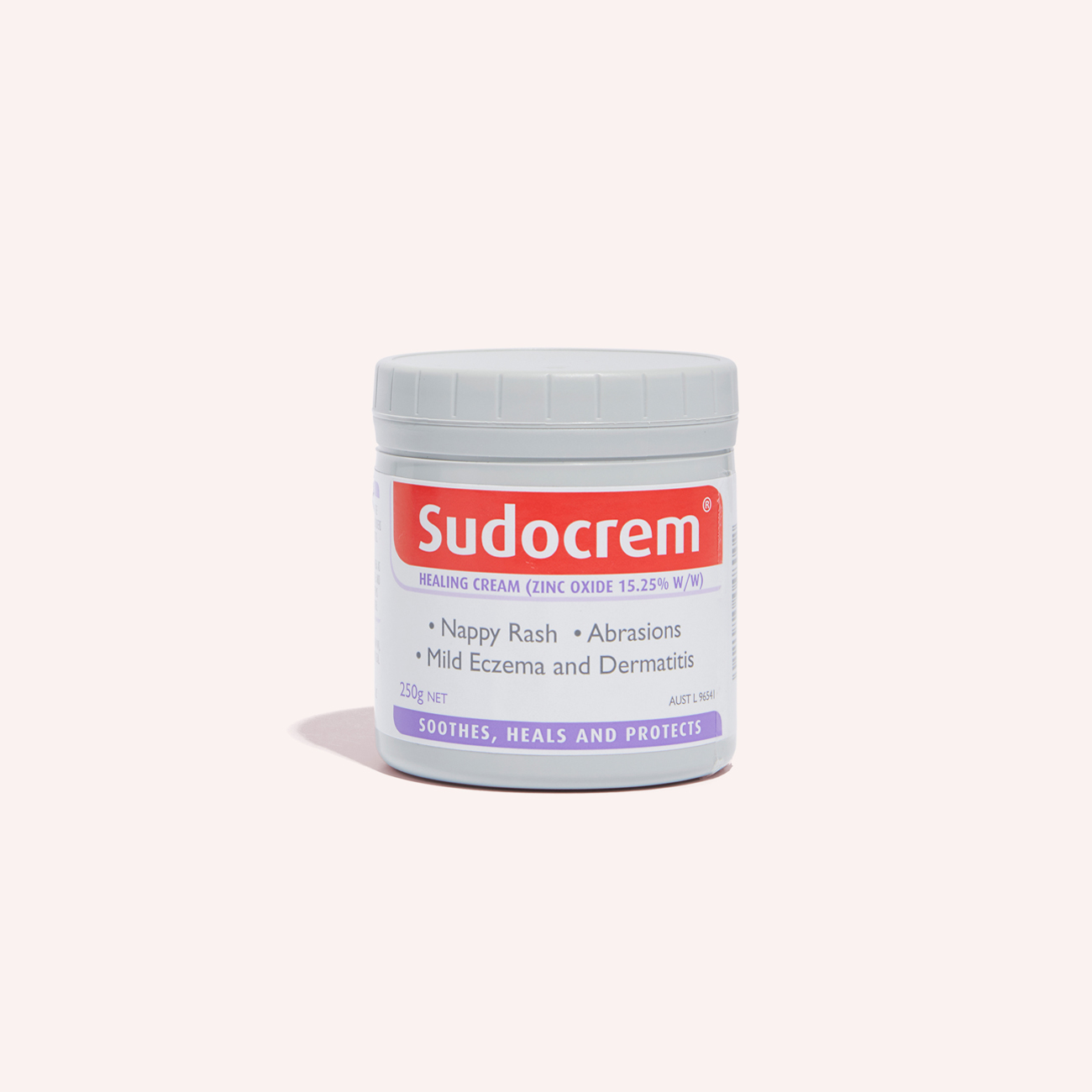 If nappy rash strikes, don’t freak out. Remember, it’s totally normal and easily treated. Make sure you always have some nappy rash cream on hand so you’re not left with a screaming, irritable baby and no salve. We love Sudocream’s Healing Cream to soothe the sorest of bottoms quickly and reliably.

Did you know lists are totally our thing? That’s right, we make downloadable, printable lists for you to check off each item as you go and help make this whole having a baby process that little bit easier. Click here to download our changing list now. You can also discover our full changing collection here.