Share
This time, I’m enjoying the chance to decorate and organise a nursery properly.

With my first pregnancy, we were living at my in-laws house and dealing with building delays (we didn’t move out until our new house until my daughter, Camille was eight months old!). I was completely last minute about the whole thing (which is pretty true to my personality) and the only thing I had researched and organised early on was the pram which I bought early in a Vogue Online Shopping Night. I didn't have a registry, but I wrote a list ahead of my baby shower which my sister shared with anyone who enquired. Some good friends bought me a bassinet and a few other things on the list, but a lot of others who had children just bought stuff they knew I’d need, that I hadn't thought of, things like bath towels, cot sheets, teethers, feeding bowls, cutlery and baby skin care products.

Living at my in-laws, I was pretty careful not to buy too much stuff because I didn’t have a permanent nursery and we had limited storage. It wasn’t ideal, but it did teach me that you don’t quite need as much baby stuff as you think. So many things aren’t used for very long, and I was pretty open to borrowing stuff and letting friends give me their hand-me-downs — I borrowed everything from a cot to a car capsule. Even newborn onesies were passed down from my sister, who told me not to bother buying them because they’re only in them for 1-2 months, which was correct. Camille put on weight so quickly she was out of her newborn onesies after a month.

With my second pregnancy, we're in our own house, so I’m enjoying the chance to decorate and organise a nursery properly, but I'm still buying minimal clothes and plan to shop as the baby needs. And certainly not stressing about “having everything” — you can easily buy things as you go. 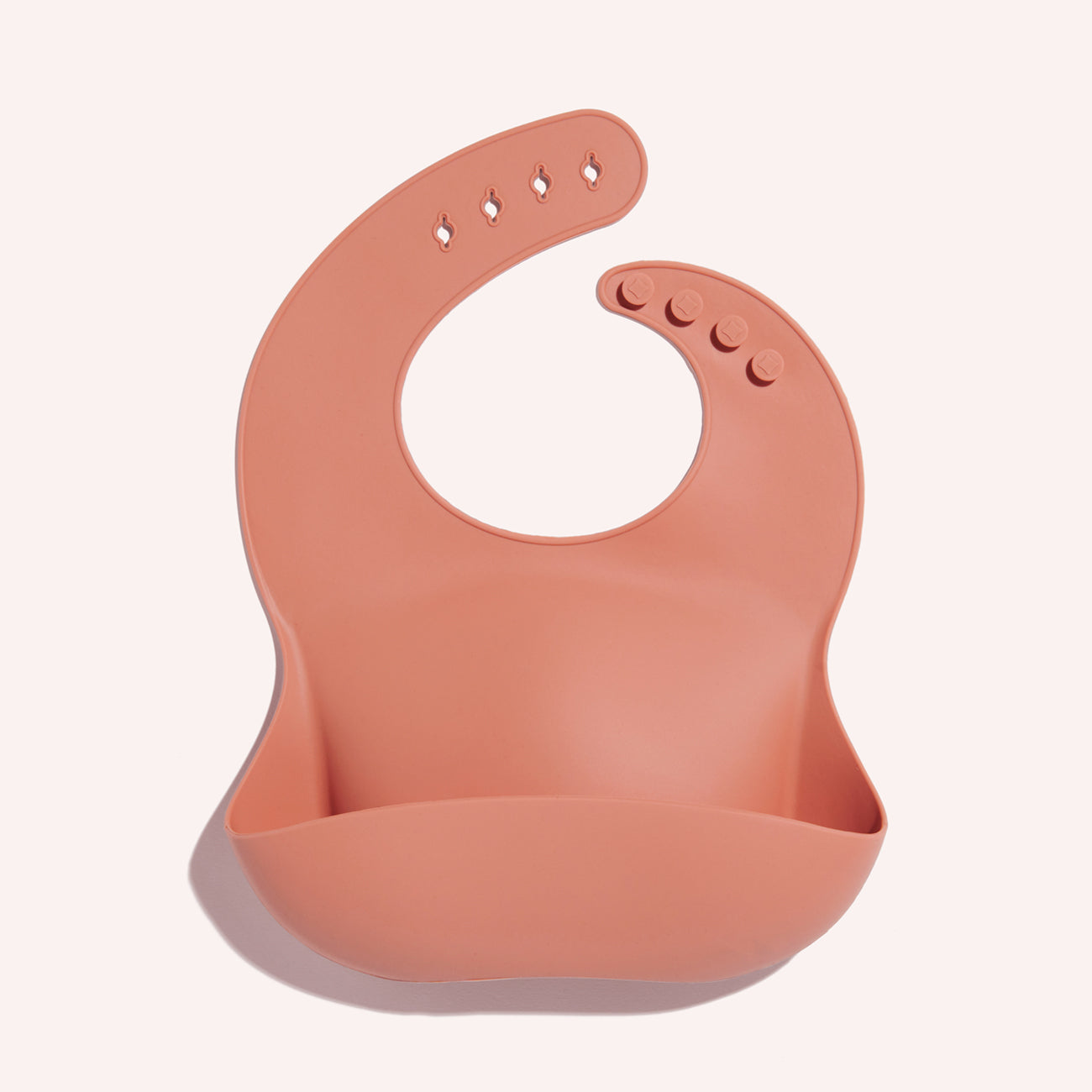 This sounds so random, but a rubber bib is such a win — it’s so easy to rinse out and reuse and it saves you the hassle of washing multiple bibs a day — it will be the best $16.95 you’ve ever spent. And bowls and plates with a suction bottom are a must for when the baby starts solids. 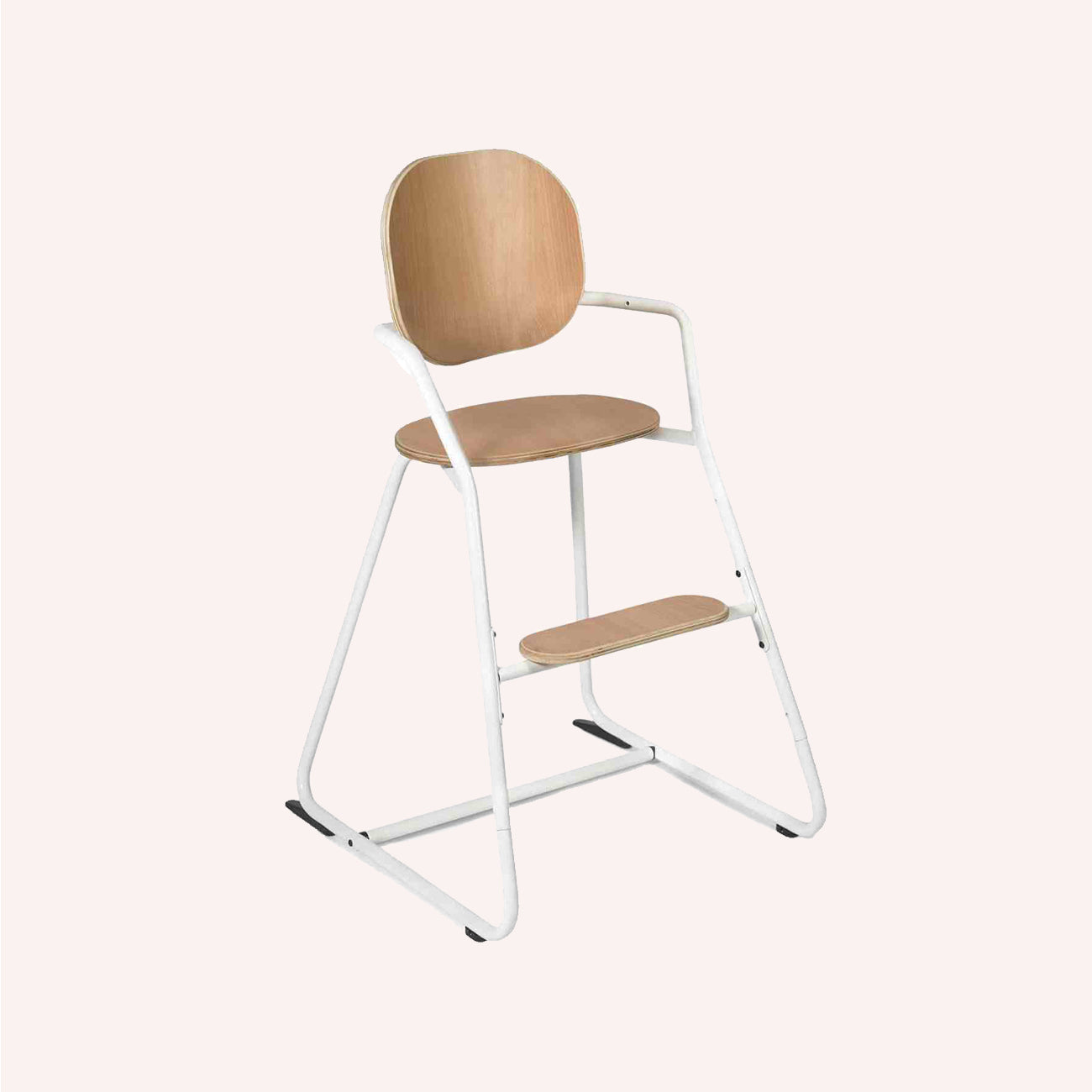 To be honest, any high chair does the job, but if I had my time again I’d choose one that matches my home décor a little better. I love wooden high chairs like this one. 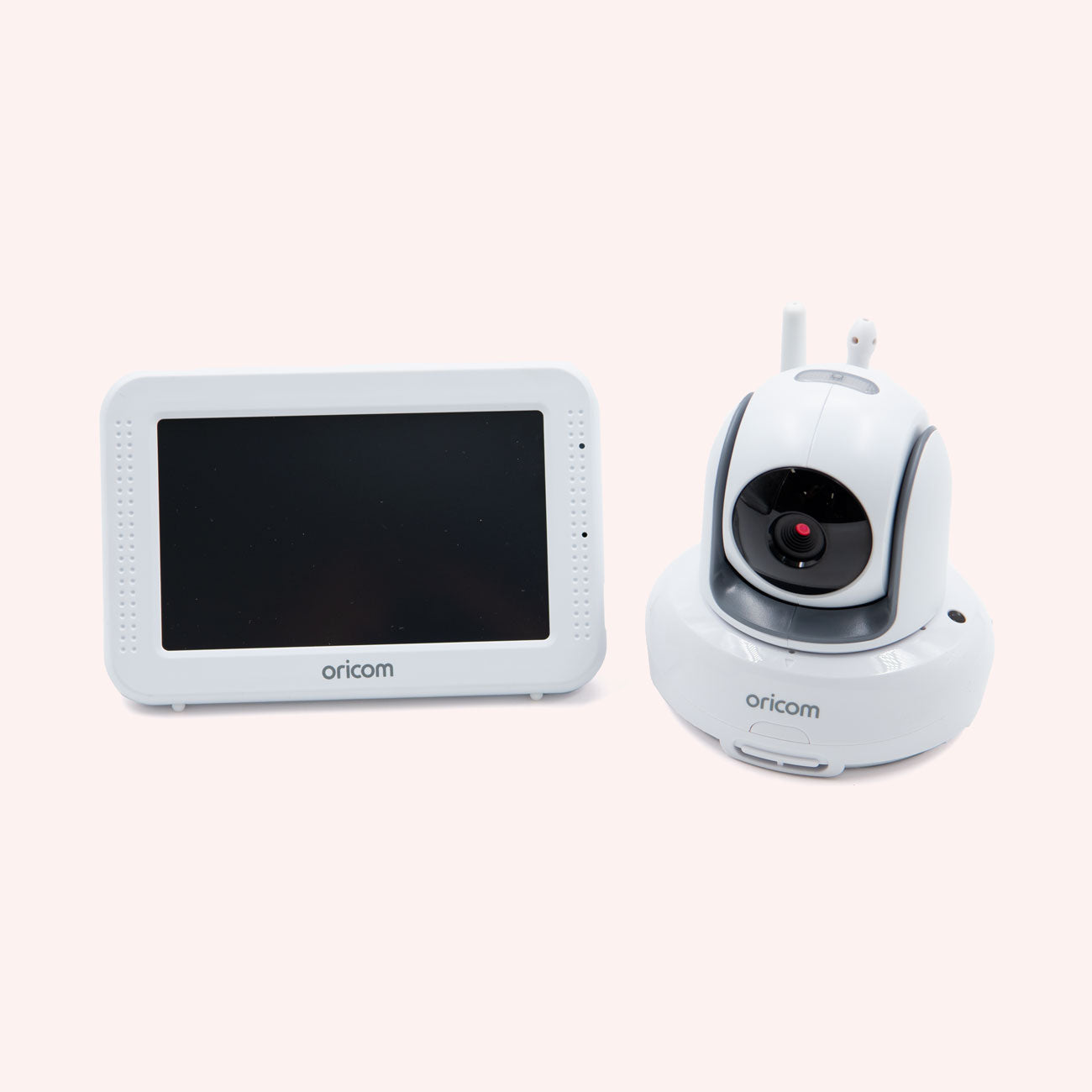 A well-priced baby monitor that has survived drink spills, baby chews and many, many drops on the ground. We still use ours for Camille, and we’ll be buying an extra camera for the new baby (they can have up to four). 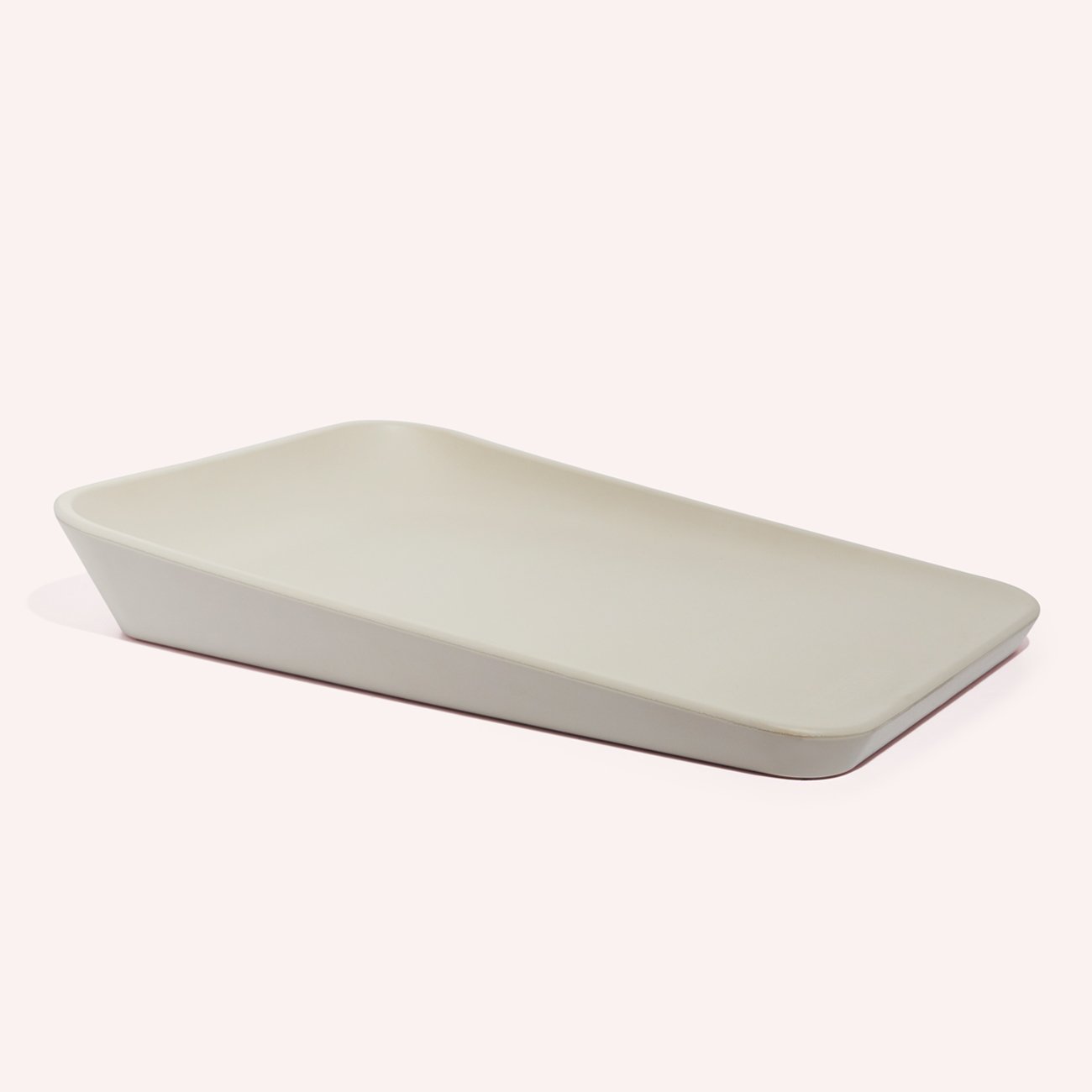 For Camille we had a soft change mat with a cover and it drove me mad that it would slip around on the dresser, so for baby two, I'm using the Matty. I love the portability and chic colour and that it wipes clean, saving you from having to wash and replace the cloth cover endlessly. 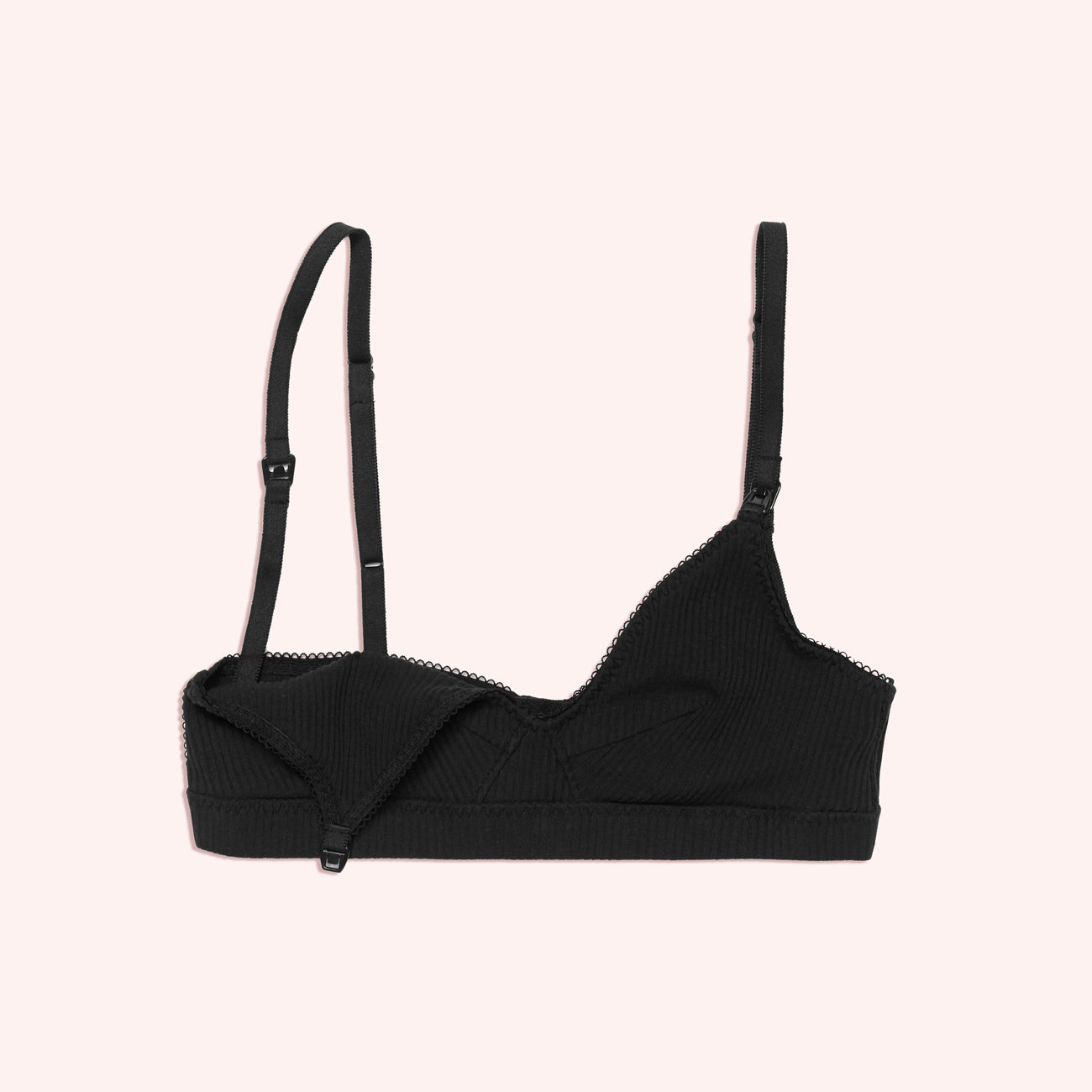 For baby two, I’m eyeing off some nice maternity bras, like the Juem Paloma. I was never sure how successful I’d be at breastfeeding first time round, but ended up breastfeeding Camille for 14 months, which is a long time to wear ugly maternity bras! I’m also shopping for cute, breastfeeding-friendly dresses with sleeves and thicker straps… I miss not being able to wear dresses and normal clothes when breastfeeding so I'd like something nice. I also bought some new pyjamas (button up, for breastfeeding) for the hospital and lounging around at home. Even though I know I’ll be dealing with leakages and spit up, it’s nice to have some little luxuries to enjoy at home. 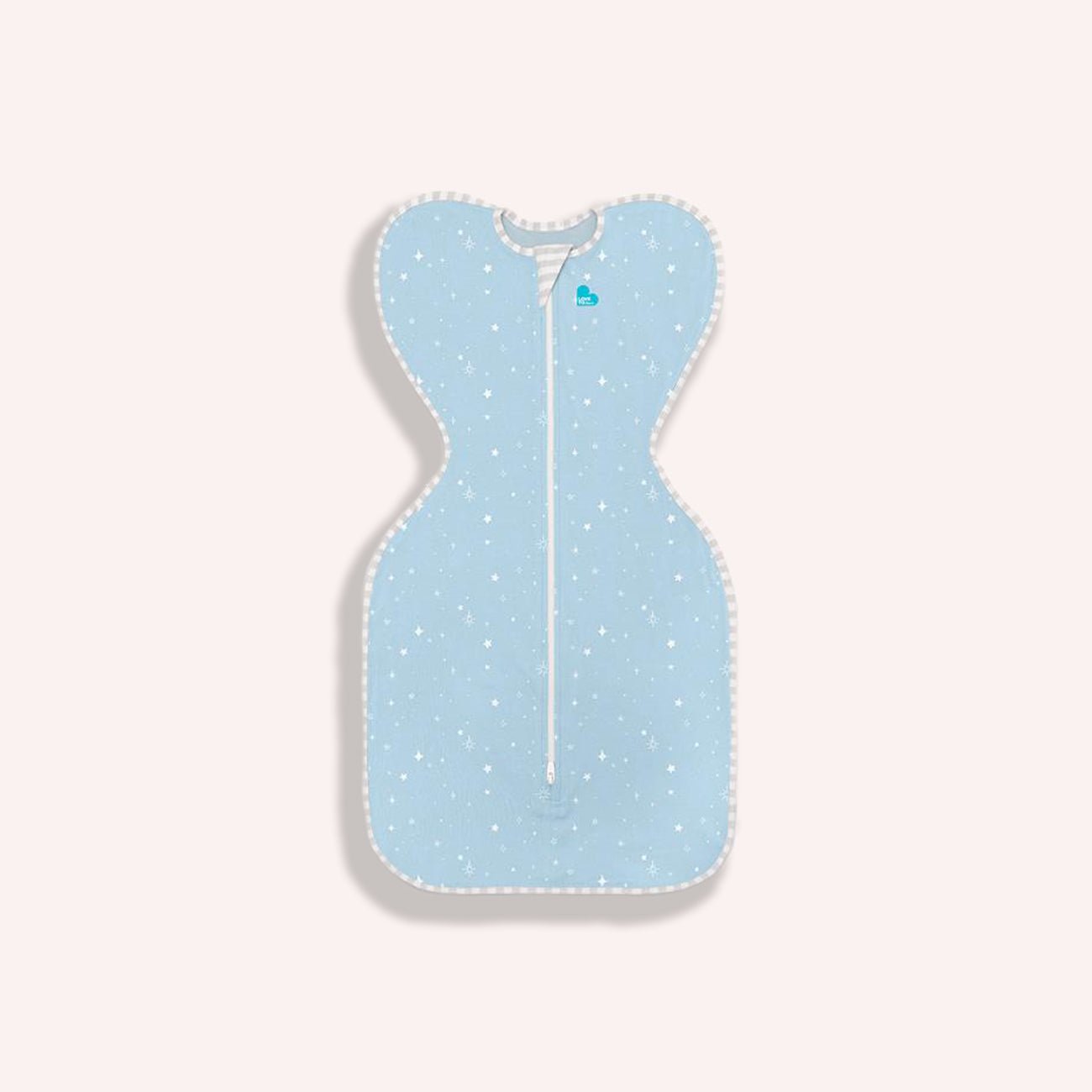 Love to Dream SwaddlesLove to Dream is my brand of choice. The double zip means they're quick to get on, and it gives easy access for 3am nappy changes. Camille loved sleeping with her arms up, so I used these from stage one to stage three and I can't fault the design and quality.